Over the past twenty years on Prince Edward Island (PEI) there have been 3 fall hurricanes (Juan, Dorian and Fiona), one winter hurricane (White Juan) and numerous “Nor’easters”. Each storm changed the PEI landscape. However, Fiona (Sept 24, 2022) was a different story (Wikipedia, hurricane Fiona); https://www.cbc.ca and https://www.cbc.ca. This time much of the shoreline was destroyed and thousands of trees were snapped in half or uprooted. As a result of sustained winds over 150km/hr power outages up to 14-20 days were common. The devastation was unprecedented and incredibly disruptive to all island residents. (First four photos courtesy of Lyne Perrotte.)

During the ensuing weeks the sound of chainsaws was constant with plant debris (logs and branches) piling up on the roadside waiting for disposal. Convoys of trucks were responsible for pick up although it is unclear where the material was deposited (possibly dumped in the sea). The clean up is ongoing but will take years to complete. (First photo courtesy of Lyne Perrotte.)

The aftermath of Fiona gives one pause for thought, is there anything positive that can come from this event. From a mycological perspective this is a wind fall (no pun intended). While some of the plant material was removed much more remains where it fell in woodlots (terrestrial), streams (aquatic) and estuaries (marine). The huge number of downed trees provides an excellent opportunity to study fungi after a natural disaster. I suspect that in the next few years there will be a flush of wood colonizing species. Spring 2023 could be interesting.

Based on my experience over the past 15-20 years the following species are considered rare on PEI. However, with the incredible influx of substrate provided by Fiona their occurrence could dramatically increase in the ensuing years. It is worth looking for (tracking) these species to determine whether they are on the increase or gone.

Lohman, Marion. 1938. Observations on Species of Buillardella. Papers of the Michigan Academy of Science, Arts & Letters Vol 23: 155-162. As Buillardella sphaerioides.

At base of trunkon dying Populus (AC 869, 954, 2409). I found this over several years in only one location. AC 869 as B. sphaerioides: spores brown, 2-celled, 12-15×4-5µm with ?gel sheath broader at tips, uniseriate, bitunicate asci, ascomata in subiculum, turbinate (like small snare drum) with prominent slit; densely crowded in cracks on bark; very big colony at base of tree, colony probably many years old; small hyaline spherical ‘conidia’ present at ascoma apex. 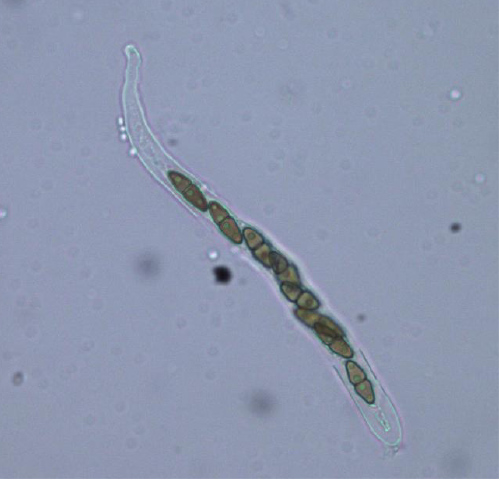 Excipularia sp. NPAC 132. On Abies dead twigs, needles attached. Although found in New Brunswick it is worth looking for it in PEI. 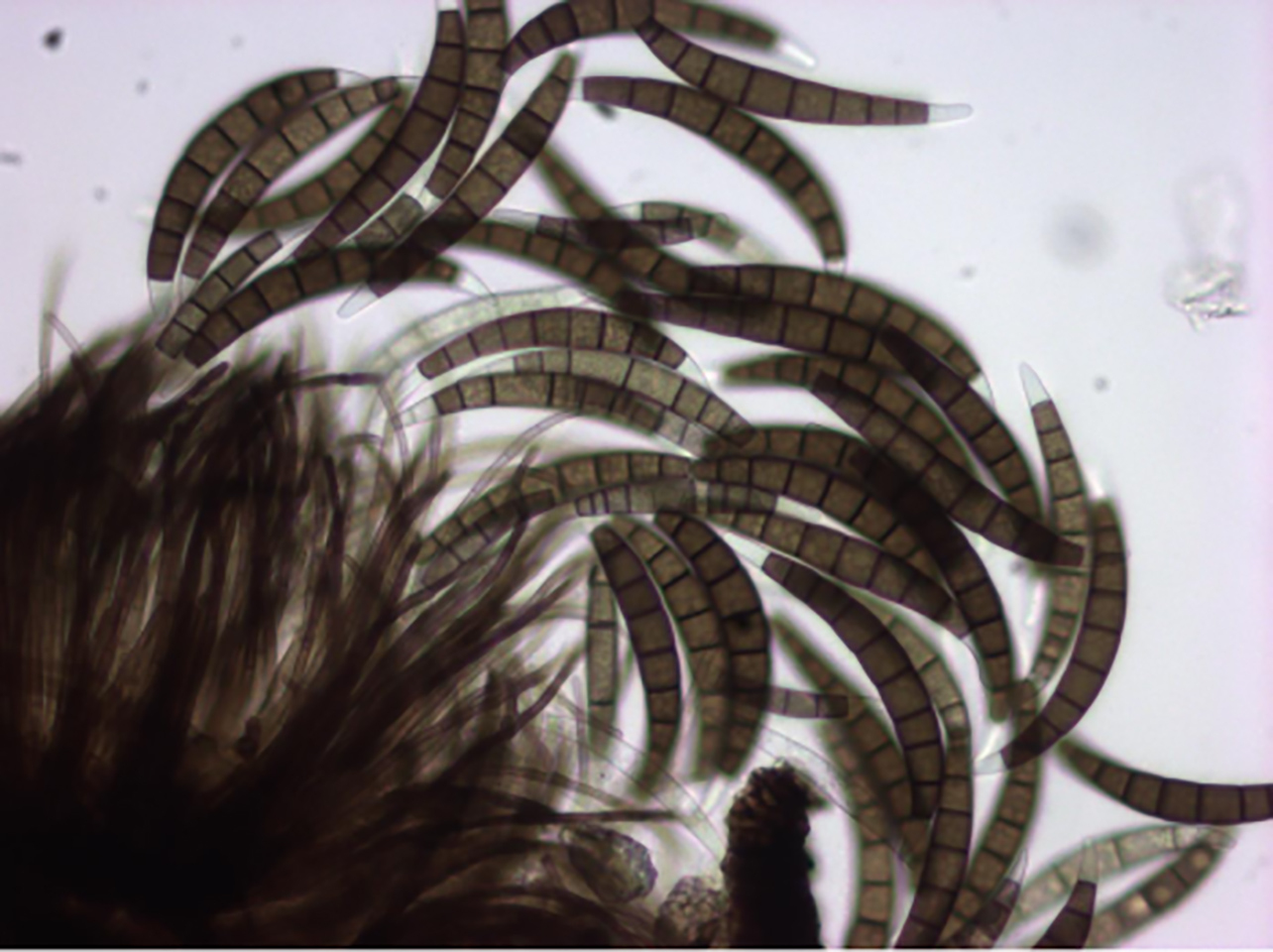 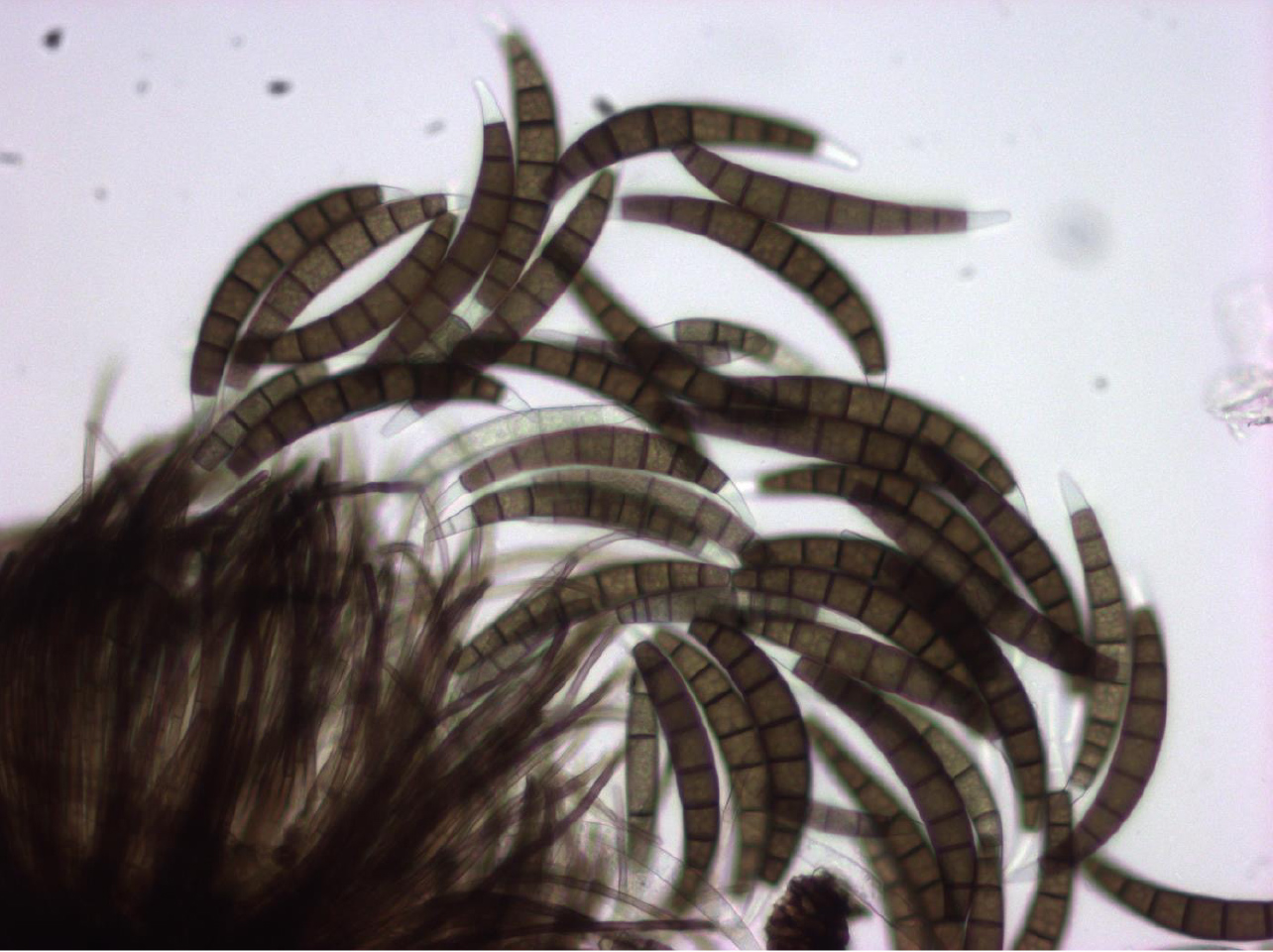 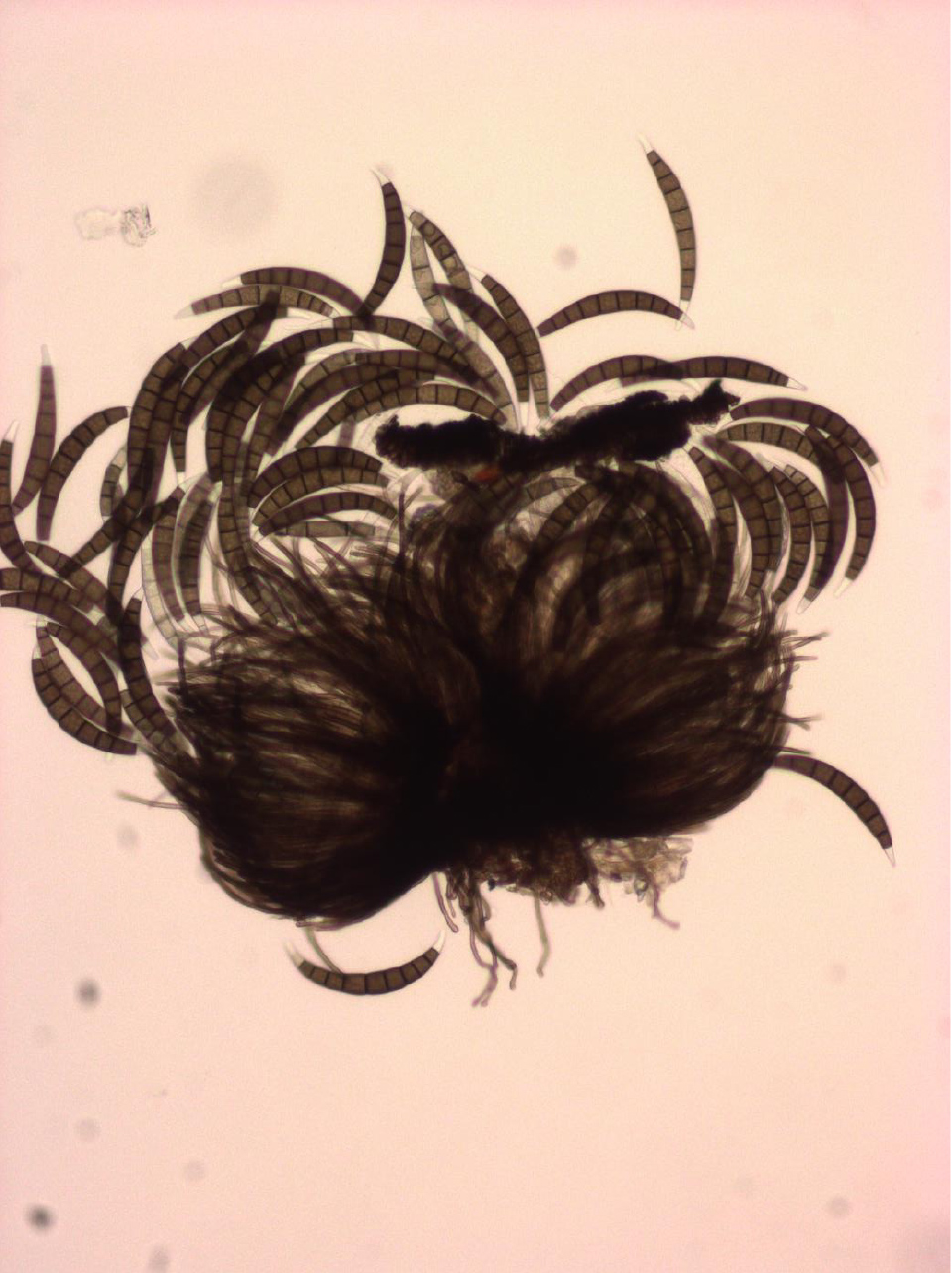 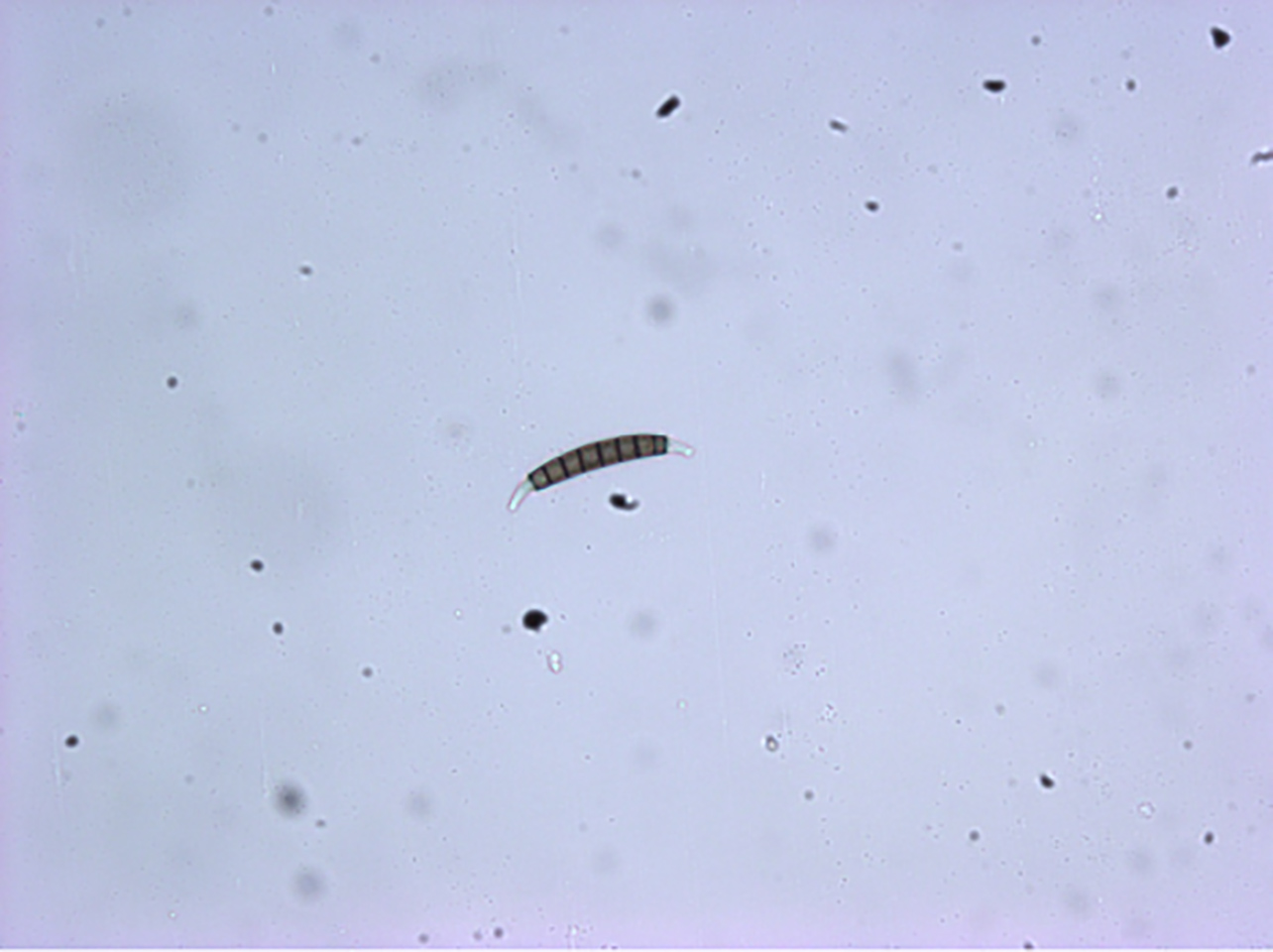 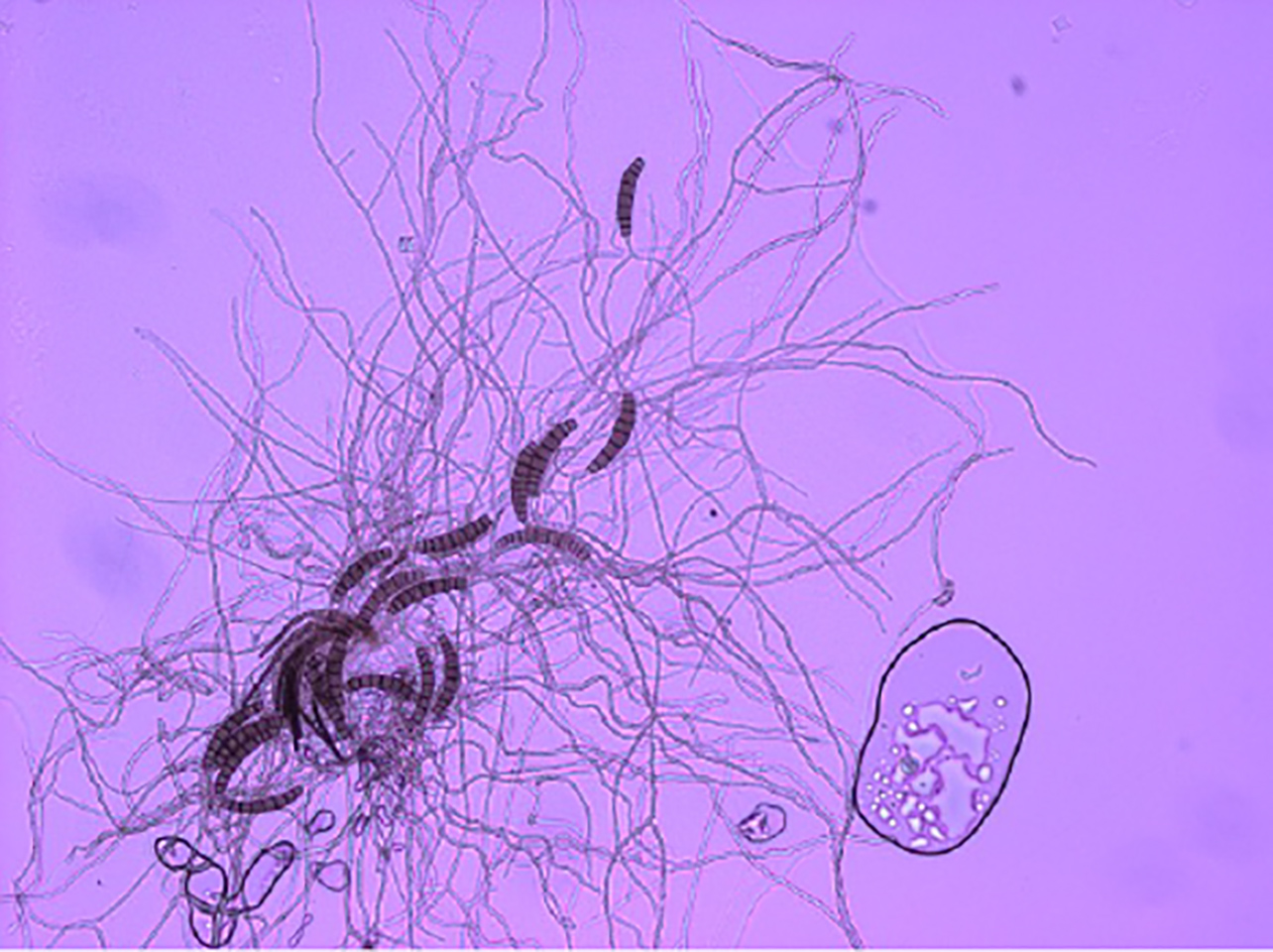 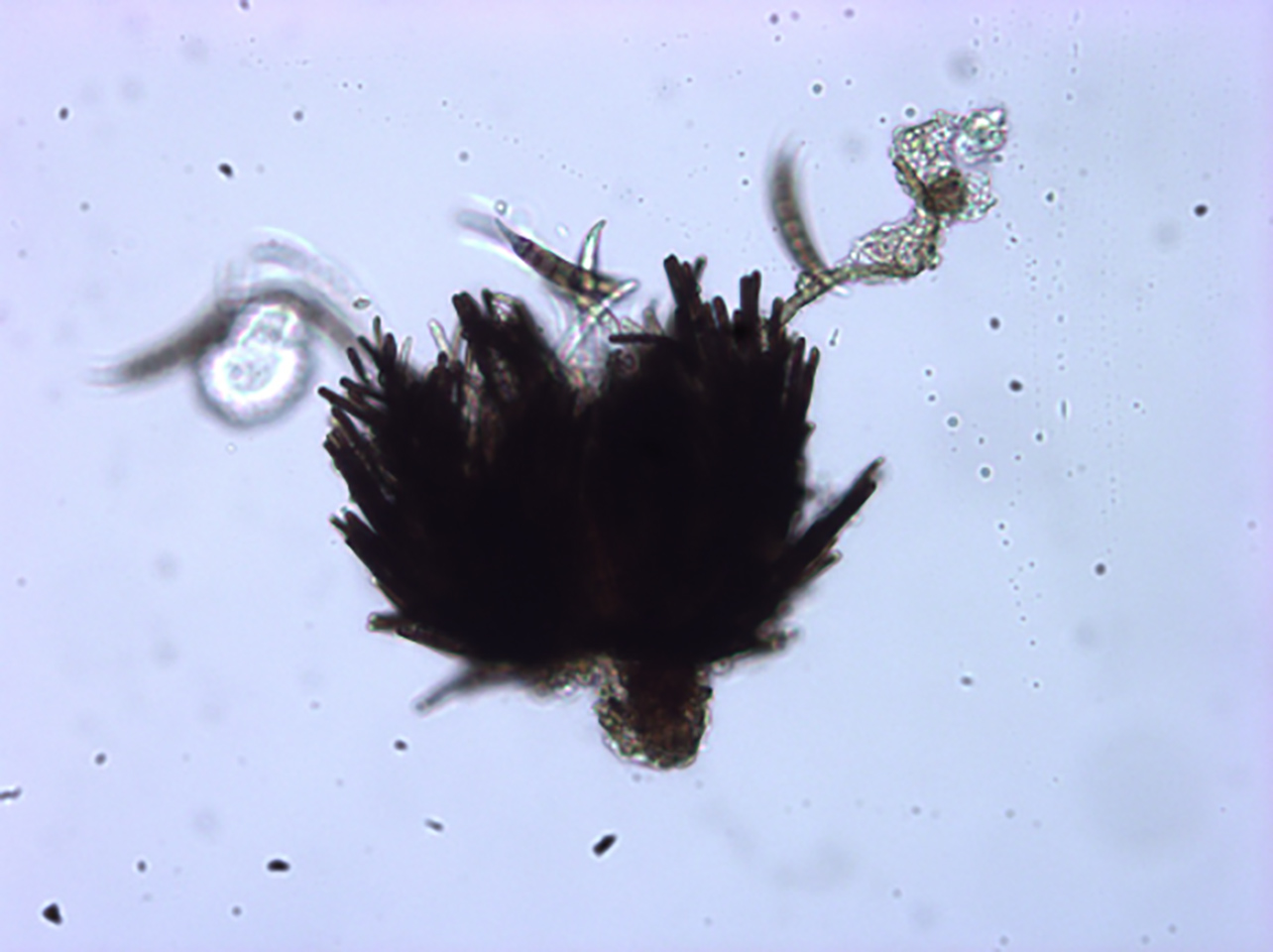 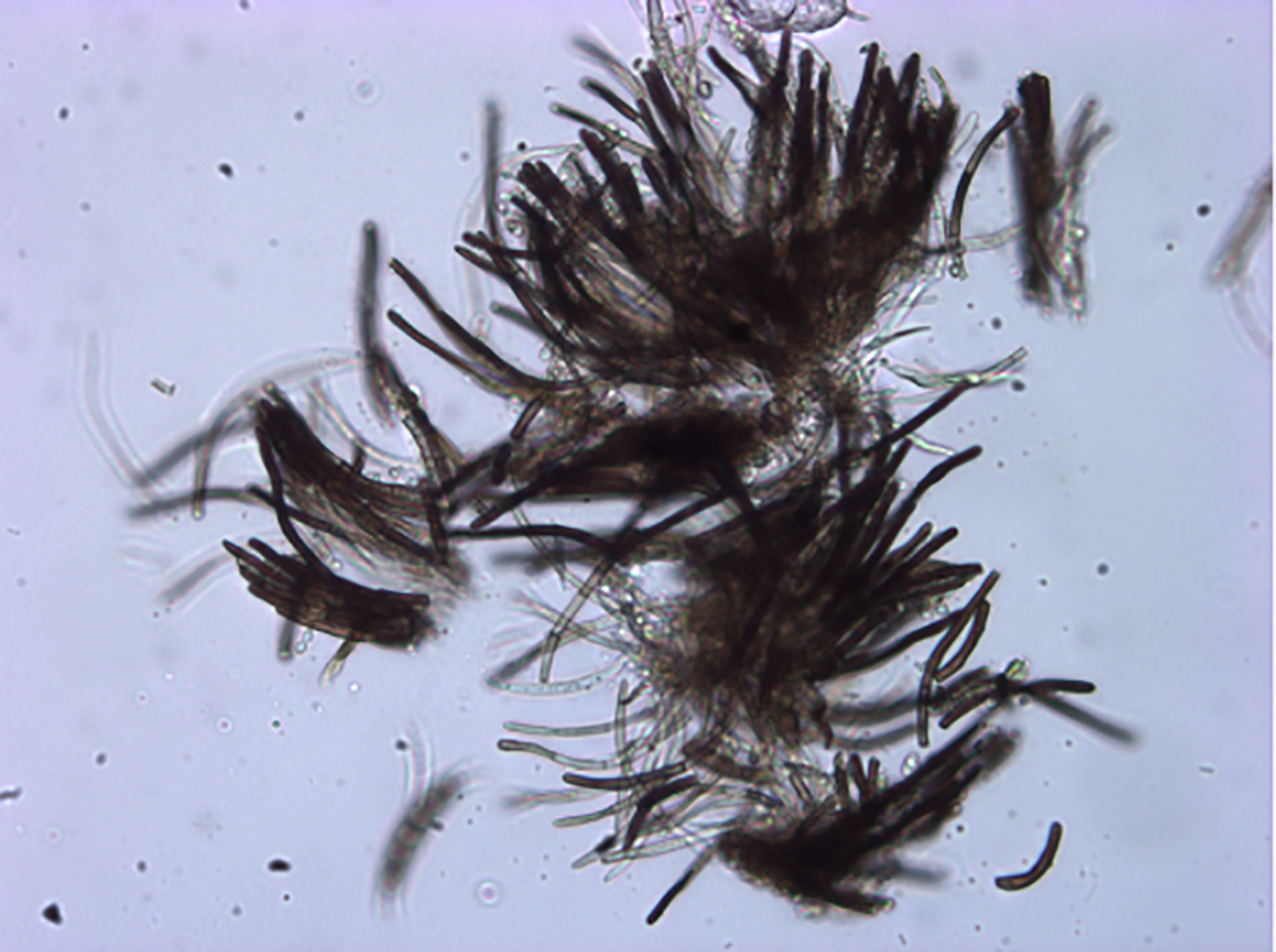 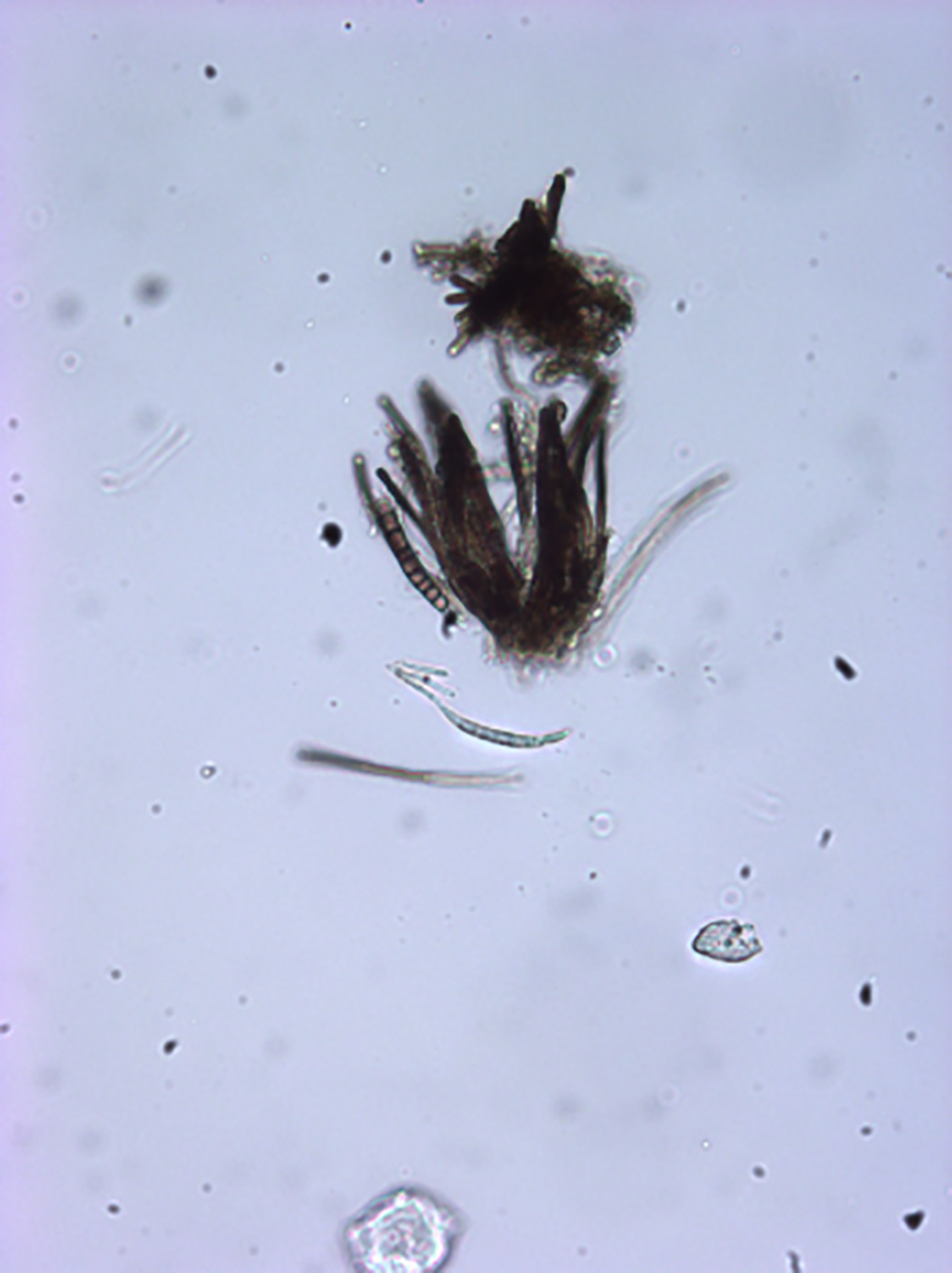 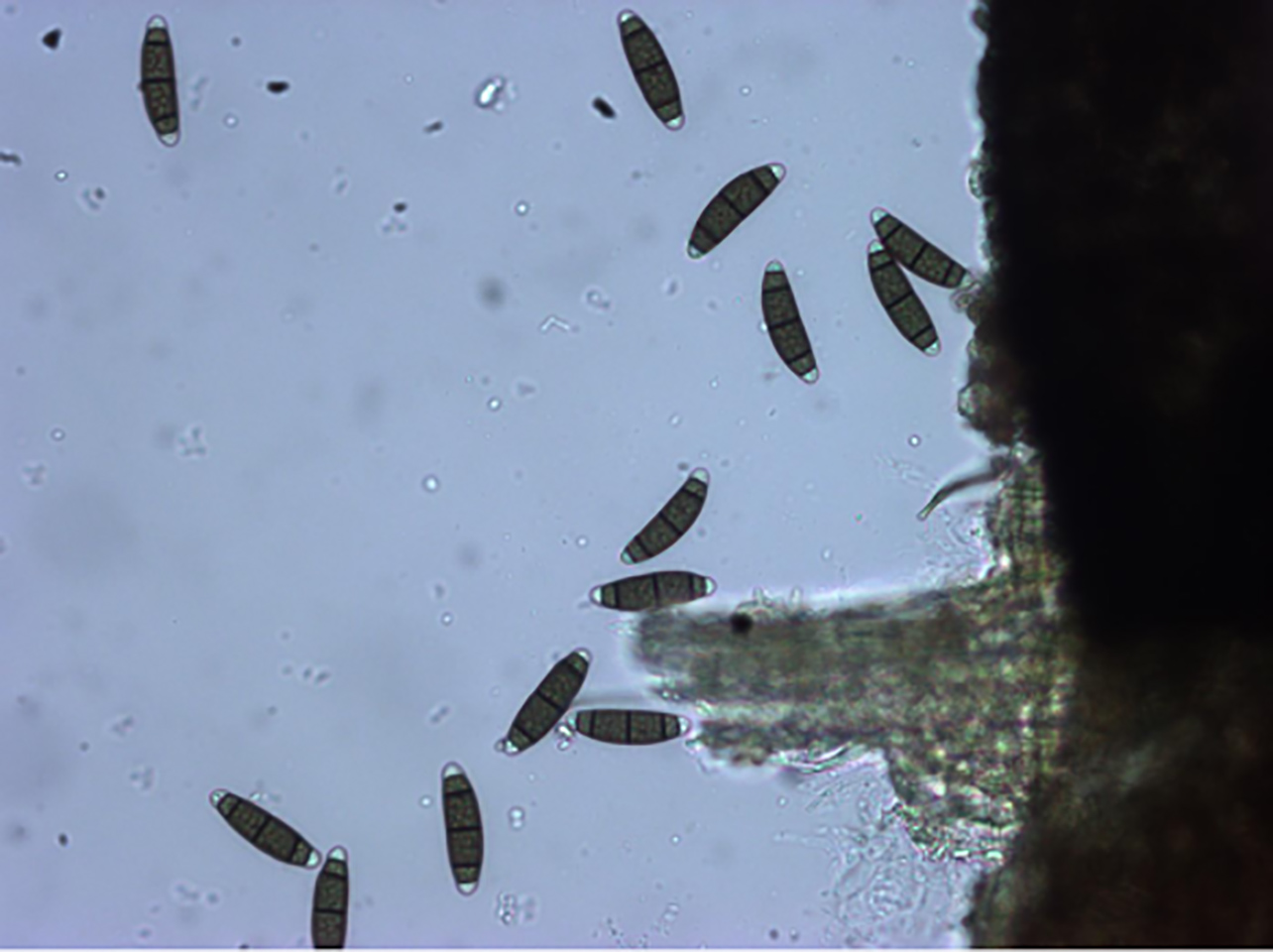 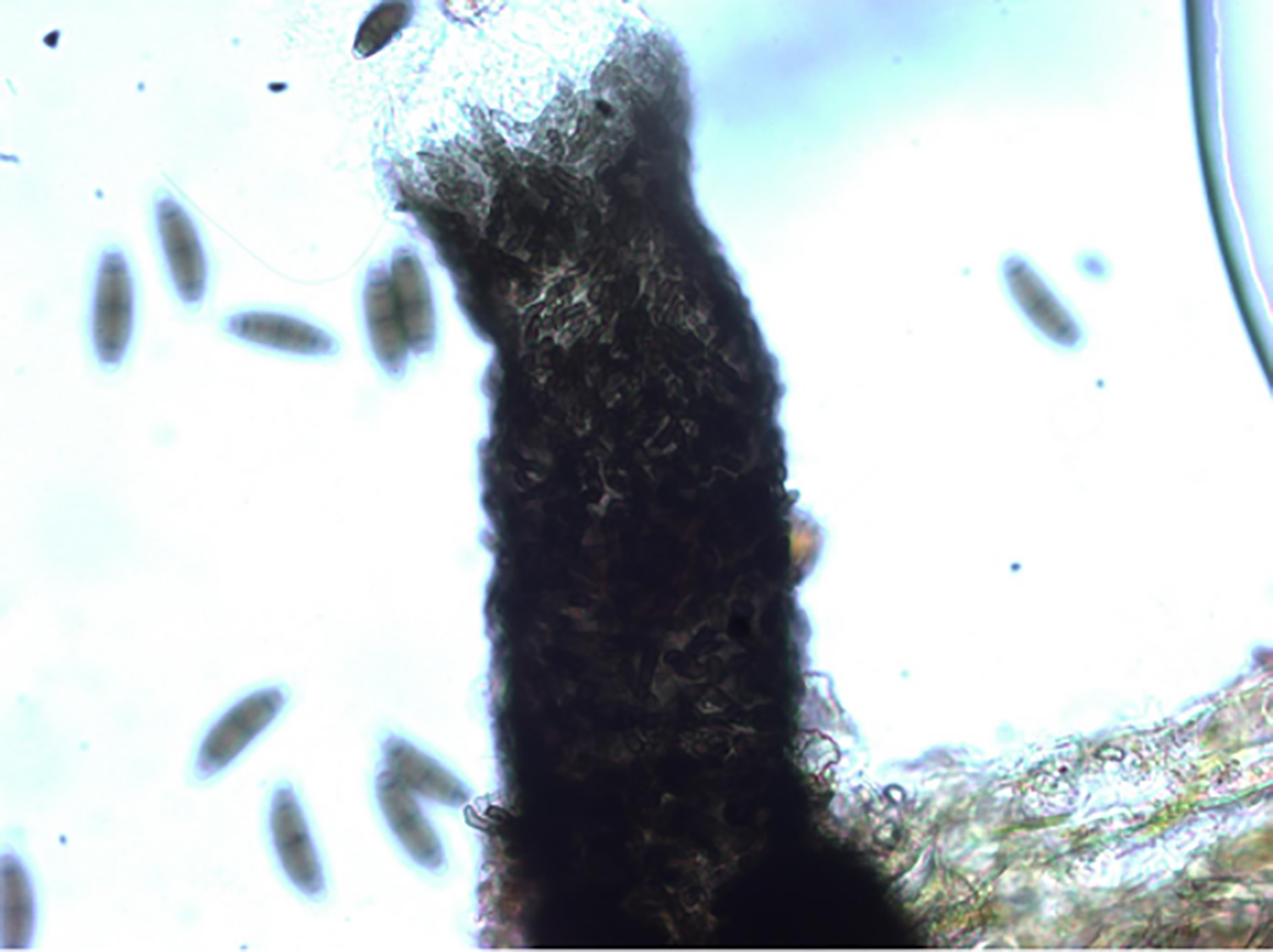 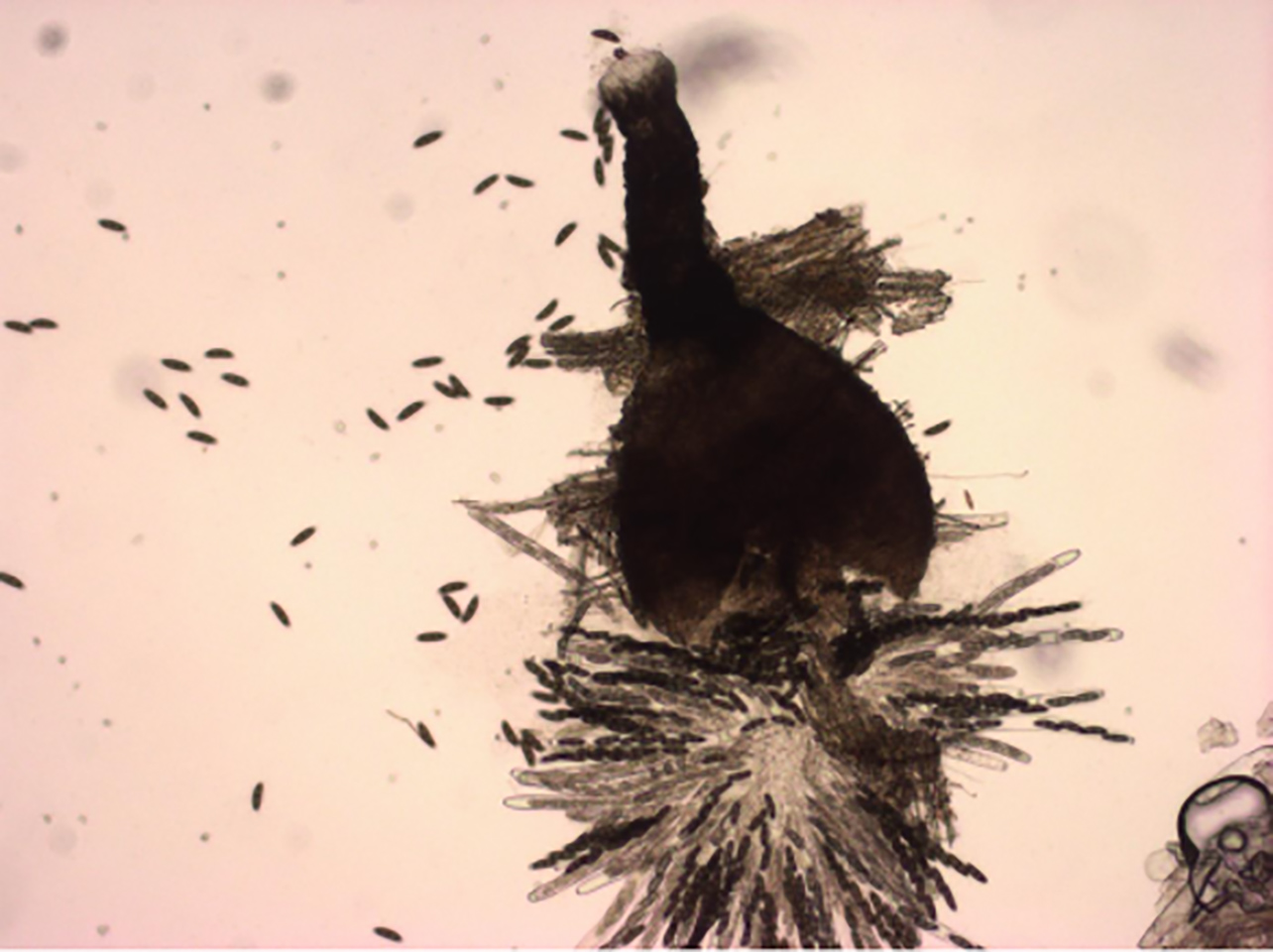 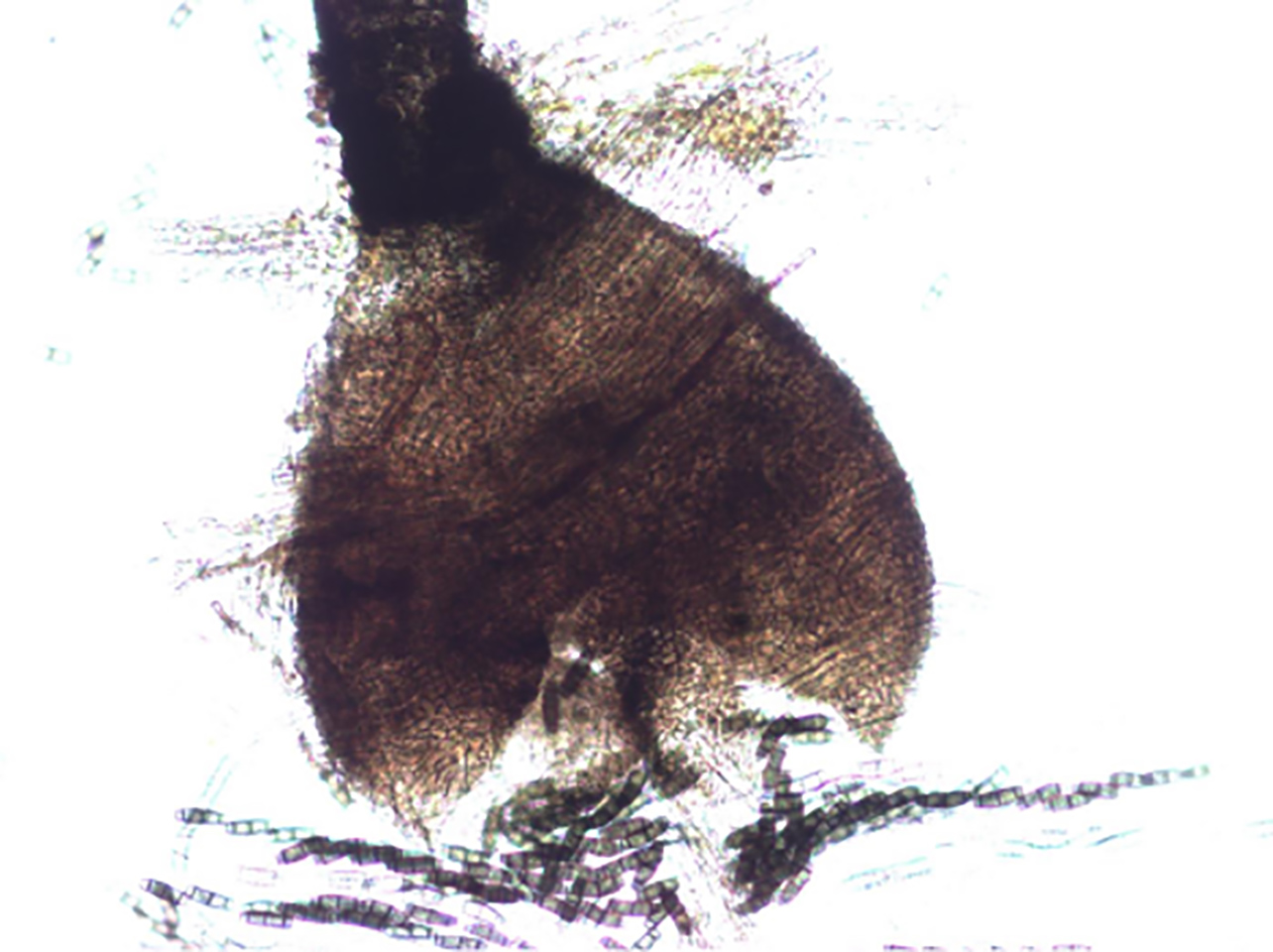 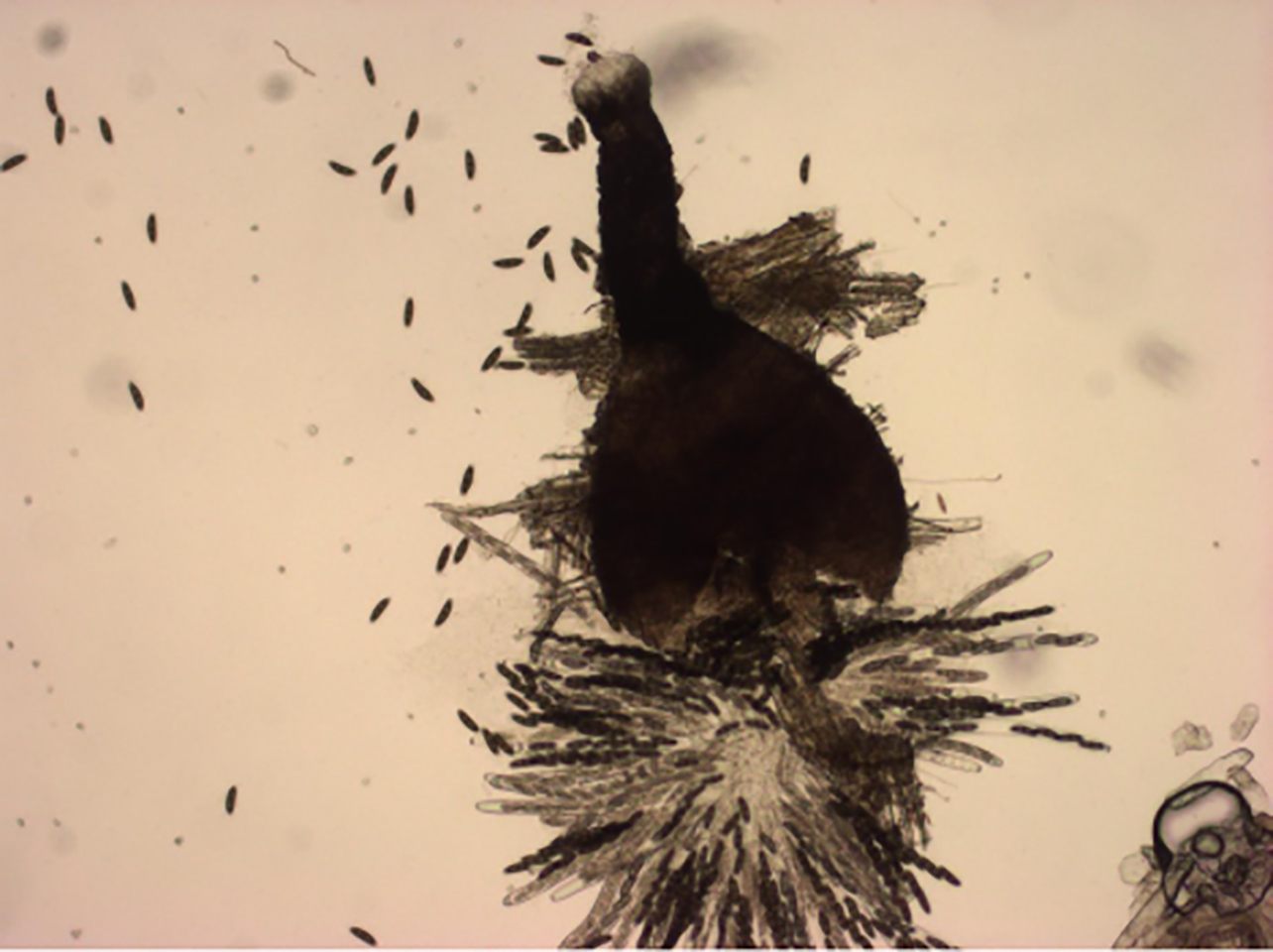 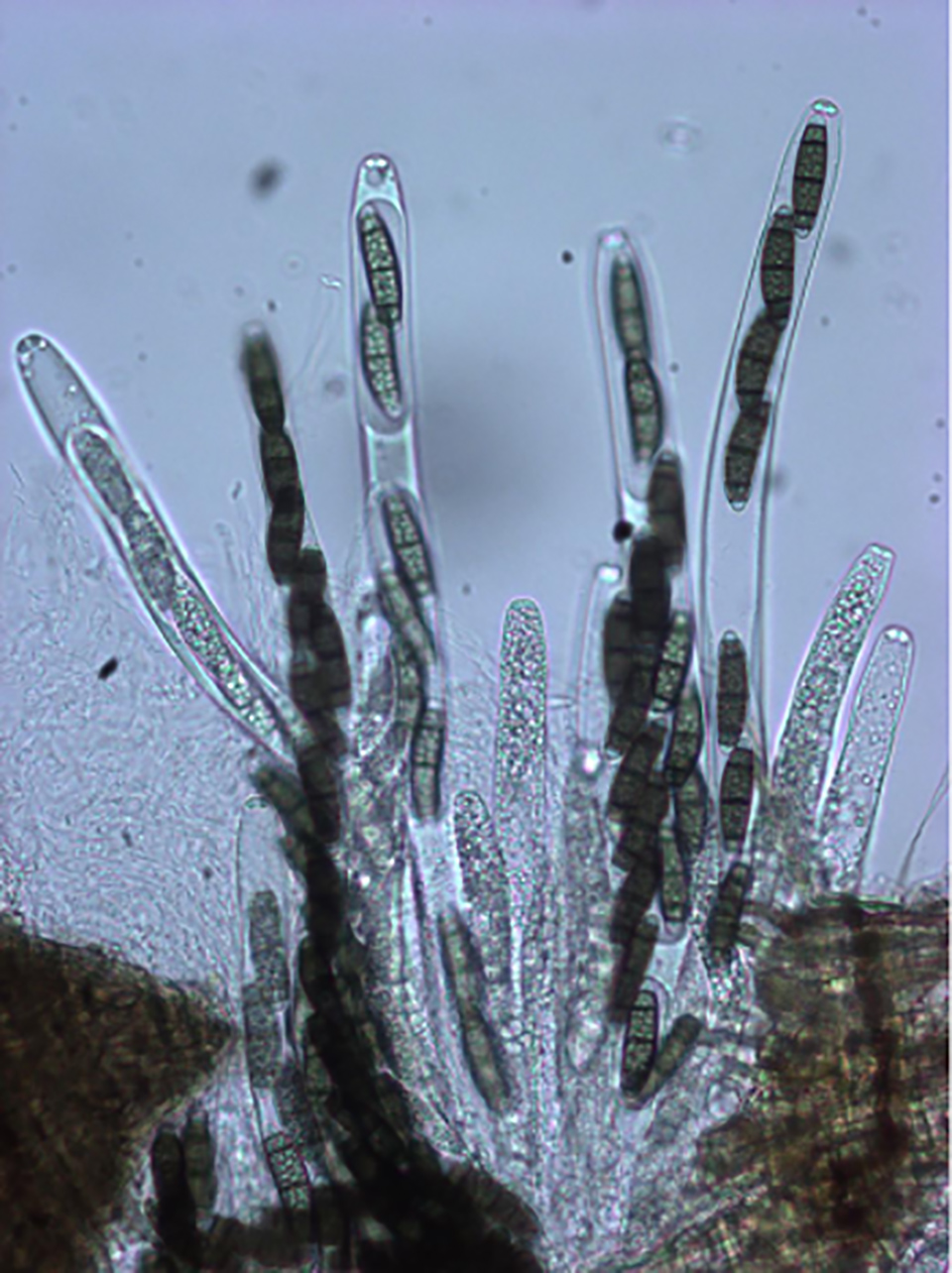 OBSERVED ONE MONTH AFTER THE STORM ON POPULUS STUMP. 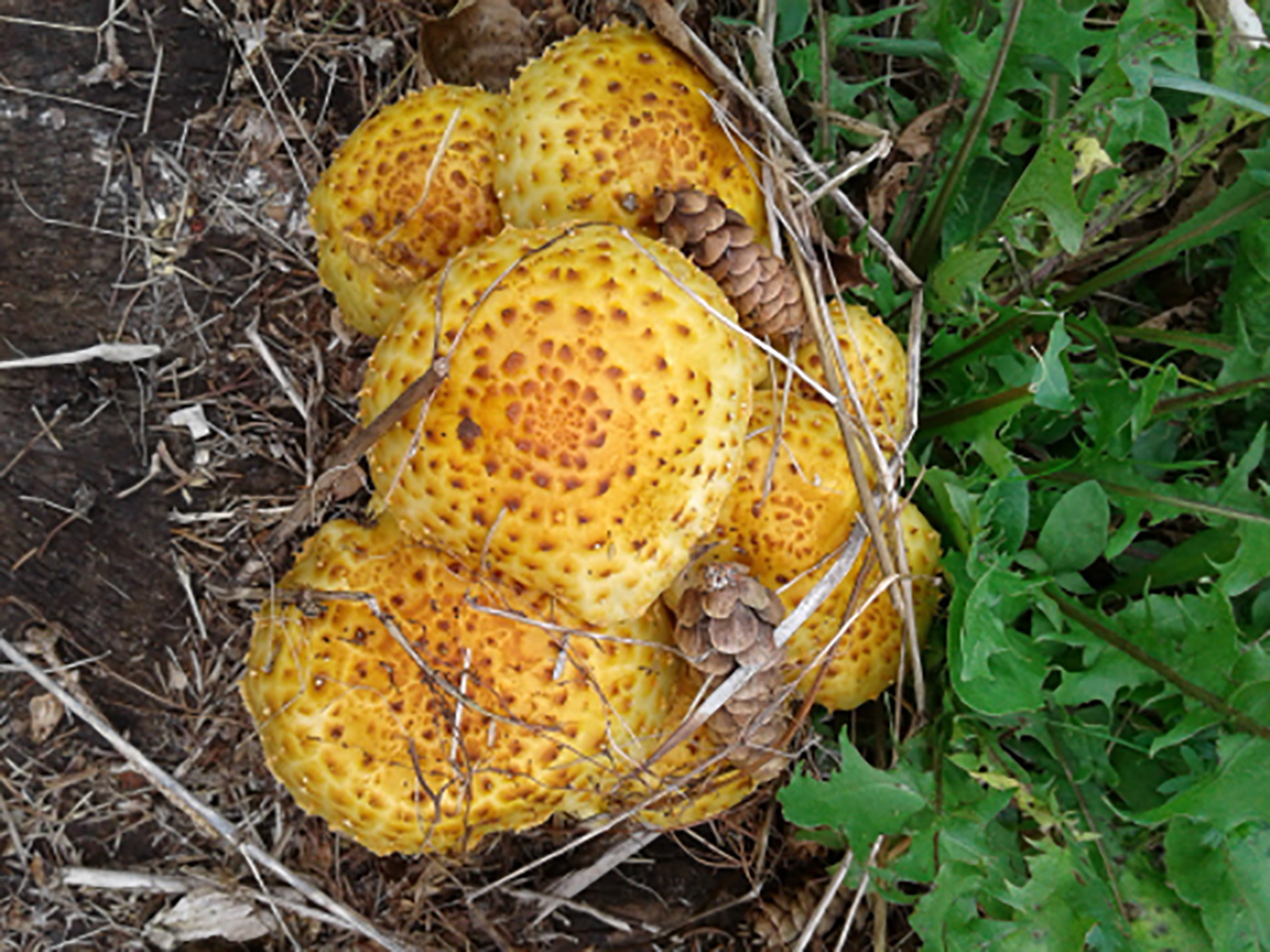 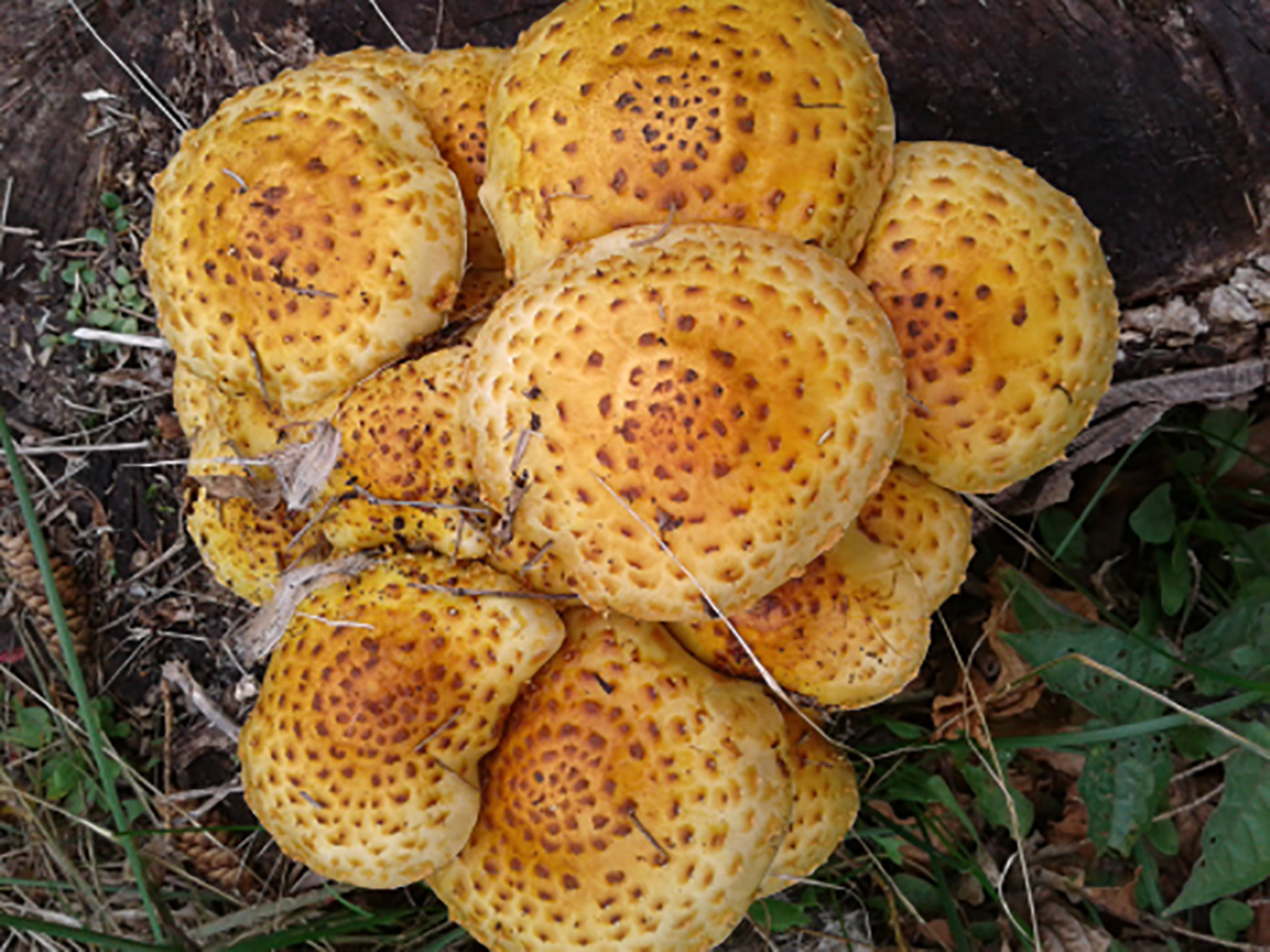 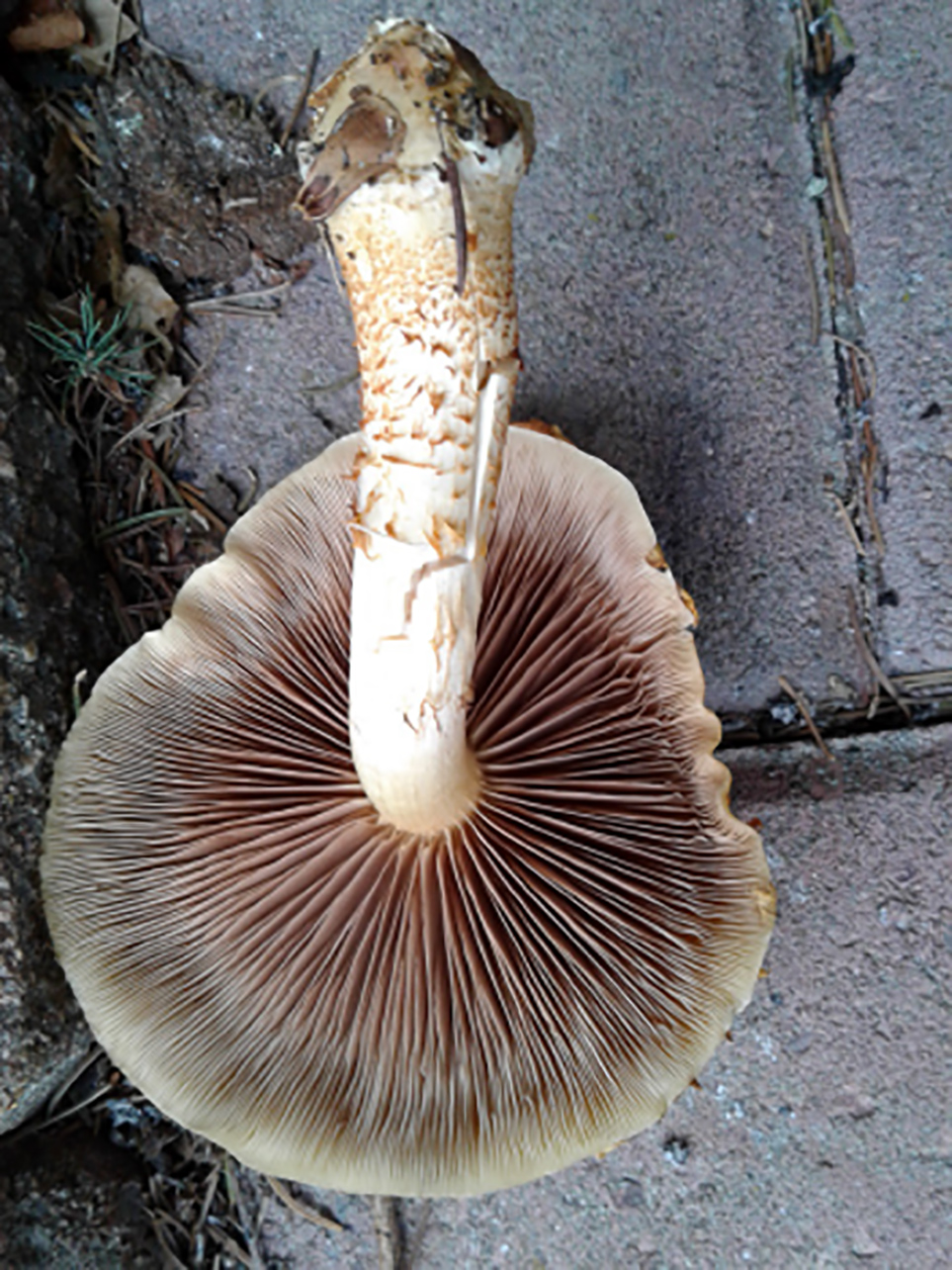 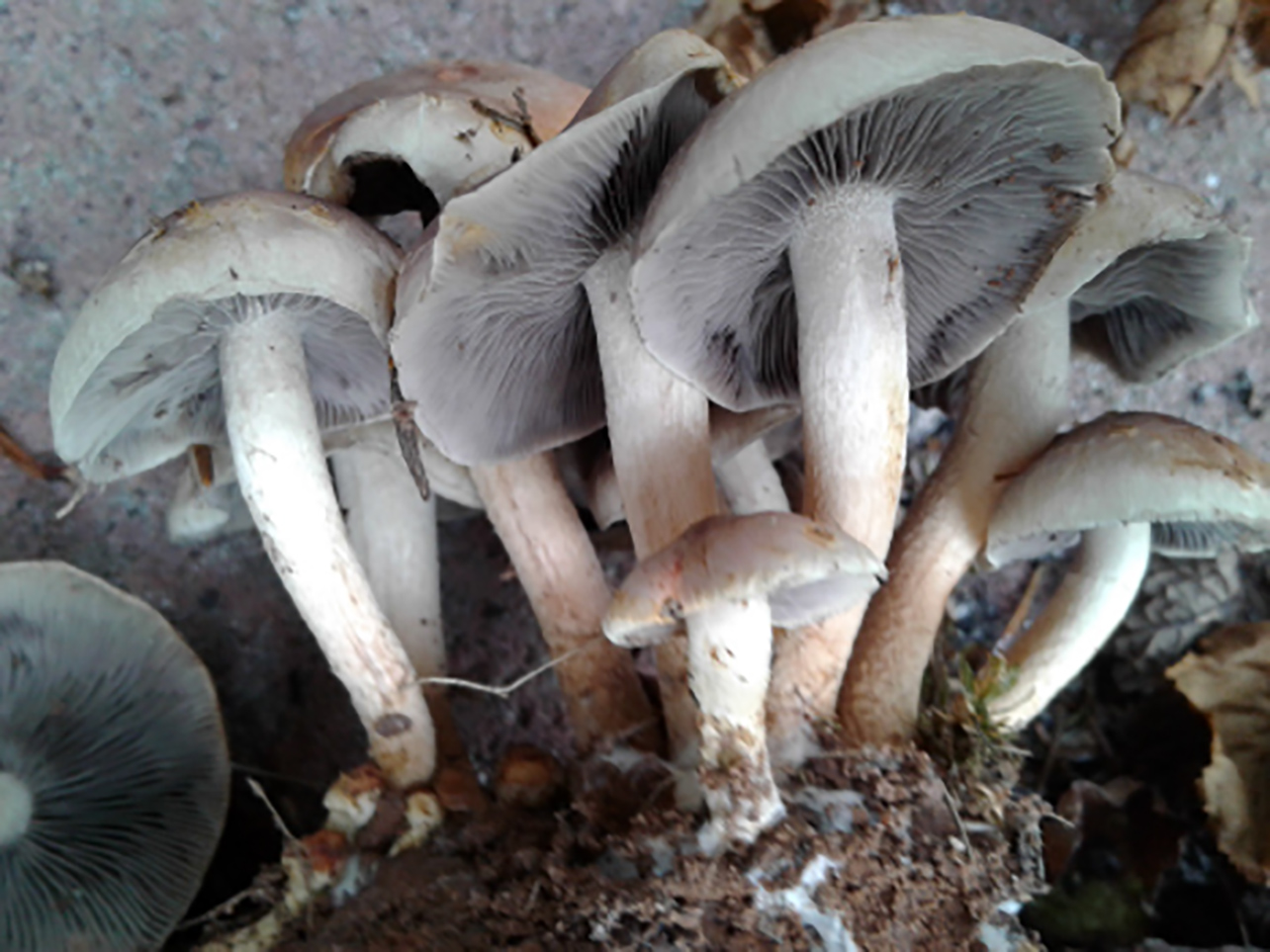 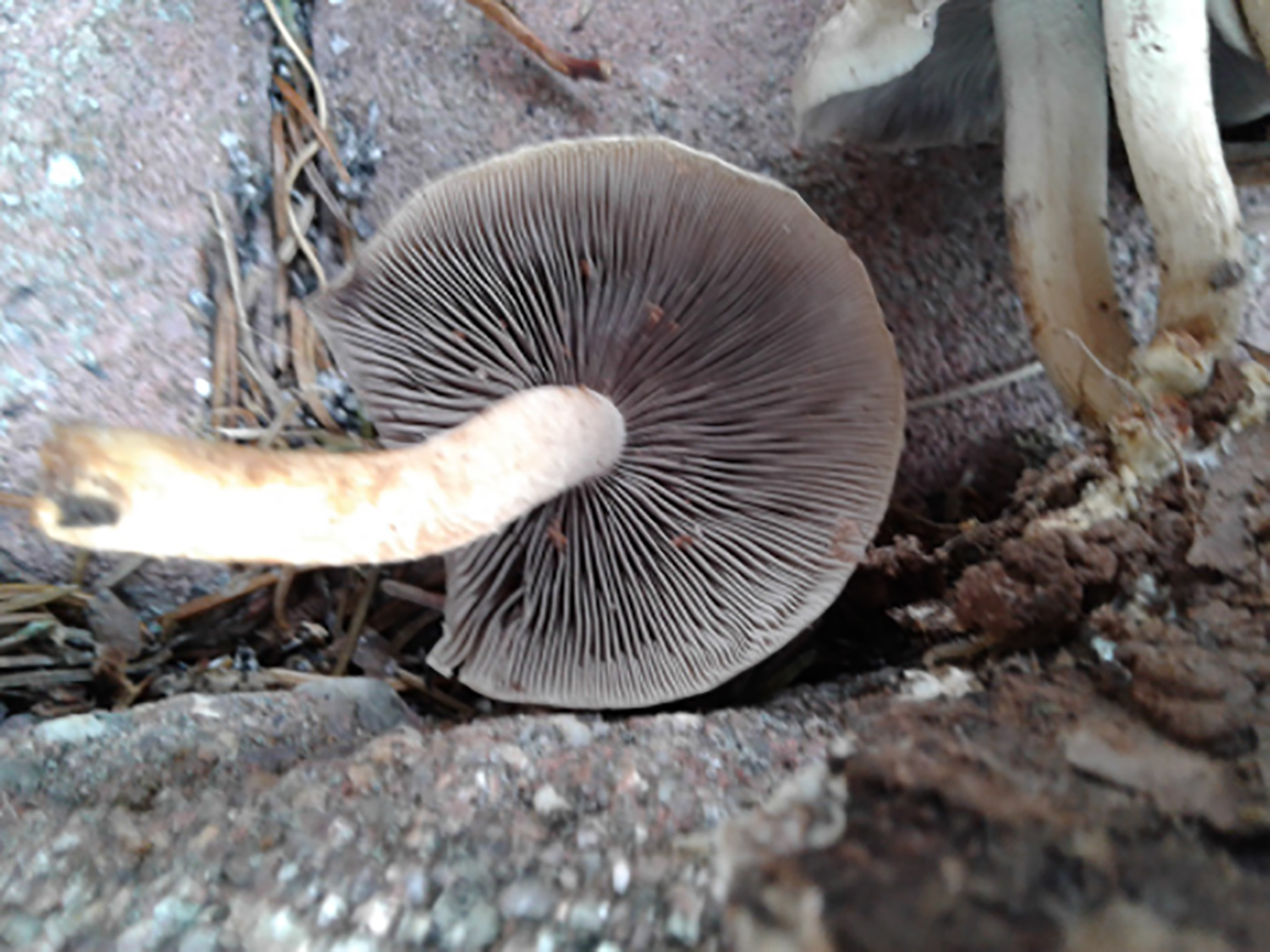 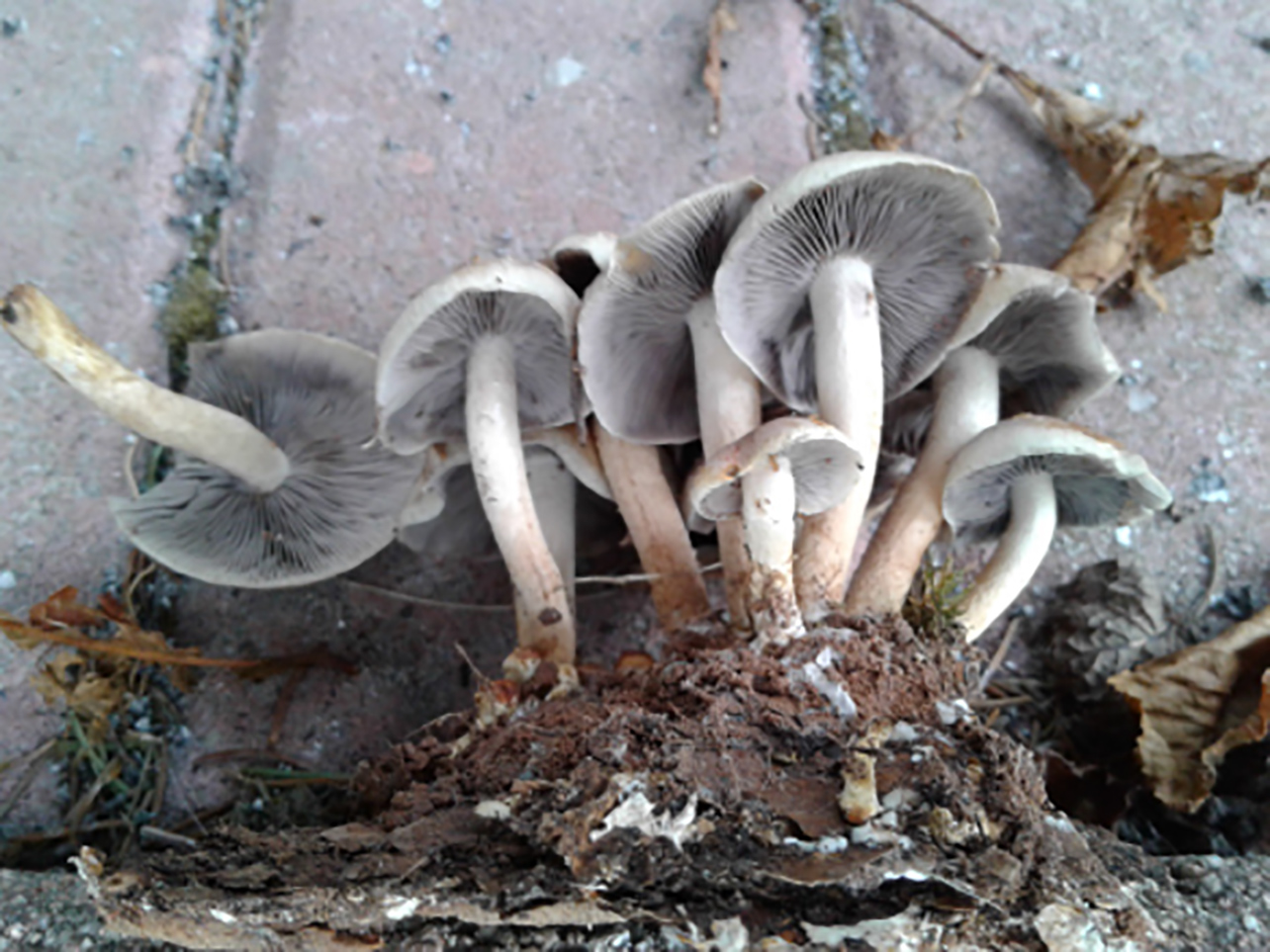 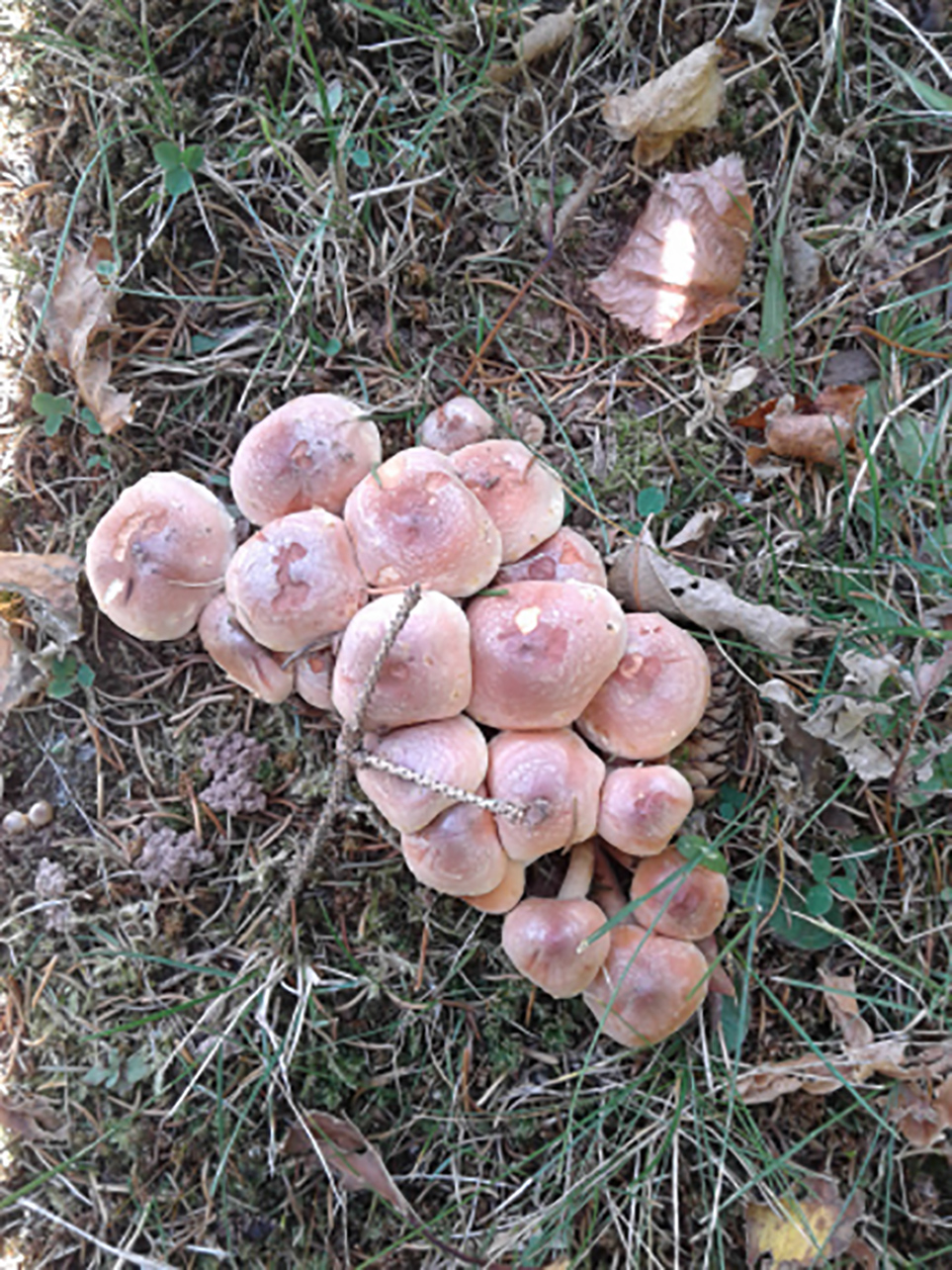